This post has two modern fighters which have a very weird looking wing design, along with another plane that was designed to take off vertically, fly horizontally and land vertically.
Su-47 Berkut The Su-47 Berkut is an experimental fighter jet built by Sukhoi in 1997. Unlike normal supersonic fighters which feature swept back wings to make the body more streamlined, this plane sports a pair of forward-facing wings. The high lift-to-drag ratio of the wing design provides enhanced manoeuvrability at supersonic speeds. This design provides a large number of advantages over a traditional wing design, including shorter landing and take off distances, much better manoeuvrability in dogfights and improved stability at high angles of attack, among others. This plane is much larger than its US counterpart, the Grumman X-29, discussed below. Both the US and Russia have built and tested forward-swept wing designs on aircraft, and the idea has a lot of possibility for the future. The only disadvantage is that the wing twists when bending, thus requiring a carefully designed composite wing structure to prevent the wing from being destroyed. (Above): The Su-47 Berkut in flight. 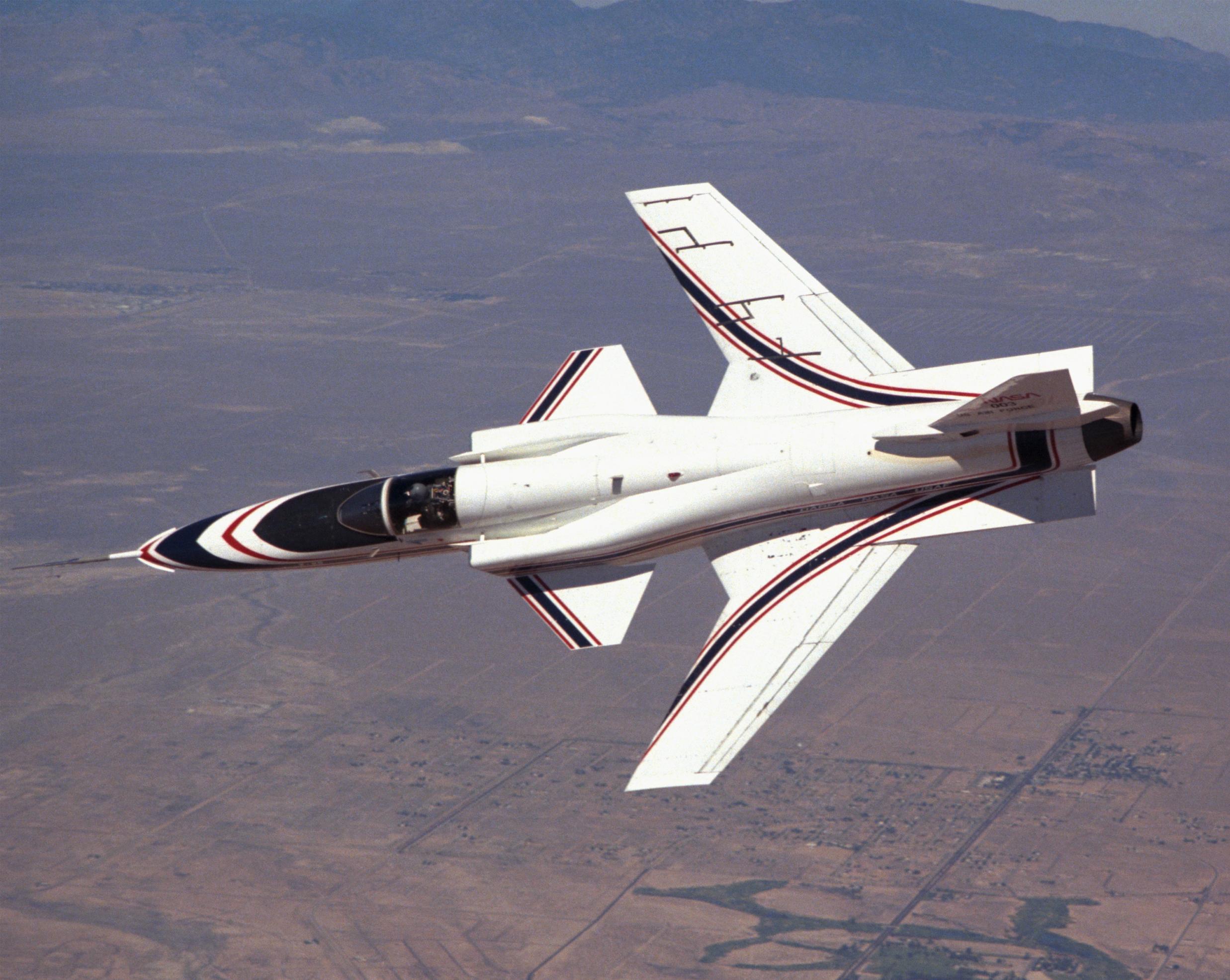 The Grumman X-29 experimental aircraft was built in 1984 by Grumman for NASA to test the concept of forward sweeping wings. It is the US counterpart to the Su-47 Berkut (discussed above). However, it is much smaller than its Russian counterpart. This aircraft was built to test the concept of forward-sweeping wings and canard control surfaces, among others (The canard on an airplane refers to the small wing-like structures that can be seen in front of the wing). This airframe is extremely unstable, making it impossible to fly by hand. Instead, the X-29 in "piloted" by computers, with 3 digital computers backed up by 3 analogue computers, which check each other for errors. The computers together make 40 corrections per second. In most other aspects, this plane is the same as the Su-47 Berkut. (Above): The Grumman X-29 in flight.

The Vertijet was the result of attempts to create a pure jet that could take off like a rocket, fly like a normal jet and then land vertically. The X-13 was designed to test the possibility of submarine launched aircraft which could be launched vertically like a missile launched from a silo. The Vertijet was inspired by the FR Fireball, a Navy plane which had a thrust-to-weight ratio of 1, which was very low. Two prototypes were produced, and both flew successfully vertically and horizontally. In Washington, the Vertijet flew across the Potomac River and landed at the Pentagon. Sadly, this project was cancelled by the Air Force because there was a lack of operational requirement for this kind of airplane. (Above-Left): The idea behind the functioning of the Vertijet.


If you want to see more strangely-shaped planes, follow any of the links below: